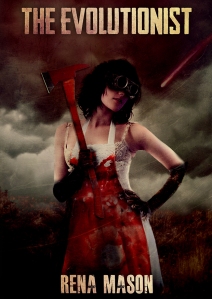 Today I’m psyched to interview Rena Mason. She’s a truly gifted writer and storyteller. It’s a great day now that the world can read her work. She’s got a great voice and her macabre stories are right up my alley. Here we learn a little bit about the artist behind the stories, as well as some of her inspiration behind her just-released novel, “The Evolutionist”, out now from Nightscape Press. Check it out, friends. Rena rocks!

Can you tell us a little bit about The Evolutionist?    The Evolutionist is a story about Stacy Troy, a woman who’s been suffering from nightmares for months. Convinced she’s on the brink of a midlife crisis, her husband insists she see a psychiatrist. Dr. Light becomes an integral part of her solving the mysteries of the terrifying dreams, but meanwhile, her health, and the relationships between her family and friends begin to deteriorate. Then the nightmares take a turn for the worse, and before everything comes crashing down, Stacy has to decide what is most important and choose between leaving the life she’s grown to love or possibly destroying who she really is.

What inspired this story?     Ha! Changes in my own life. My love of horror and science.

How did you get started writing?     One summer, I was reading an interesting selection of books that were either one thing or another and I couldn’t understand why a bit of murder & mystery, horror, or sci-fi couldn’t be added to them to stir things up a little. I’m speaking in particular of a Sue Miller book I’d read. I feel most people know why relationships go under. But what if the real reasons are compounded by extraordinary circumstances? That’s what I wanted to read. Life with some crazy unexpected twists and turns. I was also bummed when I read Dan Brown’s Angels & Demons and there were no “actual” angels and demons in it. Ha! And that’s when I started writing.

What was the path to publication like for you?     I wrote my first novel about five years ago. Submitted it, got it rejected (probably between 30-50 times,) and put it away. It’s a very personal story to me and I came to the realization that my writing wasn’t good enough to do it the justice it deserves yet. But the time will come, and I was all right with that. Then I wrote The Evolutionist, edited it, and polished it. I pitched it at a fancy convention and got the interest of some agents. Then before submitting it, I decided to go over it one more time and realized it was nowhere close to being ready. Rather than go through the whole rejection process all over again (which is not easy by any means,) I decided that I probably needed some help. Over internet connections, I kept seeing the name R.J. Cavender come up as a horror editor. I thought, if I can convince this horror editor that my novel is horror and not just sci-fi or mainstream, then maybe he can help me polish it, get it ready for submitting, and even know some good places/people to submit it to. Well, I’m glad I made that decision. R.J. has not only been a good editor for me, he became a good friend as well. After my short story, “The Eyes Have It” got into Horror For Good: A Charitable Anthology, things started to look up, and people started asking me about my work, if I wanted to write a story for them/work with them, etc. It was really awesome. Some of the editors of the Horror For Good anthology started Nightscape Press. I submitted The Evolutionist to them, and they accepted it with kind words about the story, which really made my year. So my path wasn’t all that bad. I’ve read some real horror stories, but I think the indie press has made it easier for more unknown authors to get their works published. There is hope.

What’s in the future for you?     Promote and sell the hell out of The Evolutionist. Hee! I have a personal short story, “Awk•ward” coming out close to June this year in The Haunted Mansion Writers Retreat Year Two anthology. My novella, East End Girls, which is paired up with Gord Rollo’s Only the Thunder Knows is kicking off the premier of JournalStone Publishing’s Double Down series in June this year, too. In October, my short story “Death Squared” will be released in Crystal Lake Publishing’s Fear the Reaper anthology. I’m currently rewriting/editing my next novel The Vein of My Existence, a horror/dark fantasy/mild erotica story, and I’m working on the outline for its prequel. It’s a storyline that could easily become a series. Fingers crossed.

What would people be surprised to find out about you?     I lived on a farm in Modesto, California for a few years. Shoveled chicken shit out of coops in temperatures over a hundred degrees into a wheel barrow, which I had to push around to the back of the barn and unload. I walked for miles and opened up irrigation valves to flood the pastures, (and swam in irrigation canals – gross. But it was fun then.) I would help move the cattle to different pastures and walked the hot wire line to make sure it was clear of debris. I fed horses, turkeys, Cornish game hens, and cows. (Fortunately, it wasn’t a dairy farm and no milking was involved.) I was never allowed to feed the hogs. Not long after I left the farm, I had to read Animal Farm and was glad about not feeding the hogs. I also had Netherland Dwarf rabbits I used to show at the Stanislaus County Fair for “honorary mention” ribbons. Went to rodeos and dressed like a cowgirl. It’s a hard life and I have every respect for the people who take it on. You’ve absolutely got to love it to do it. 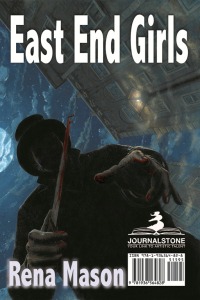